The city has five facilities, one of which opened within the last year. Despite this new supply, rates have trended upwards by 14.76% and promotion use has decreased by .3% in the past three months. Square footage per capita remains at 3.86 compared to the Texas average of 9.46. Additionally, there are no records of new development in the pipeline.

The rental community consists of 14.14%, less than half the national and state averages of 36.01% and 38.04%, respectively. Additionally, all units are currently being advertised online, which could indicate vacancies. 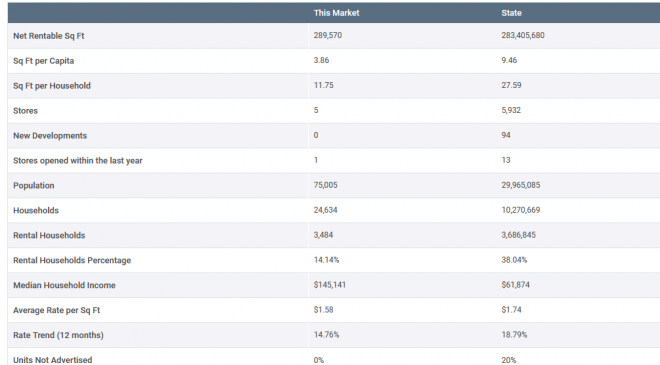 Three Things You Should Know about Flower Mound

Despite recent progress relative to rental rates, trends within the past six months have demonstrated a decline.

There are no REITs operating in Flower Mound.

Investing in the self storage industry continues to become more and more competitive and, while there is certainly a need to act fast when acquiring, it is important to take an active role in market research. Evaluating historical data and considering the threat of new supply can be the difference in how successful you are. For more information on this market or others, visit StorTrack.com.